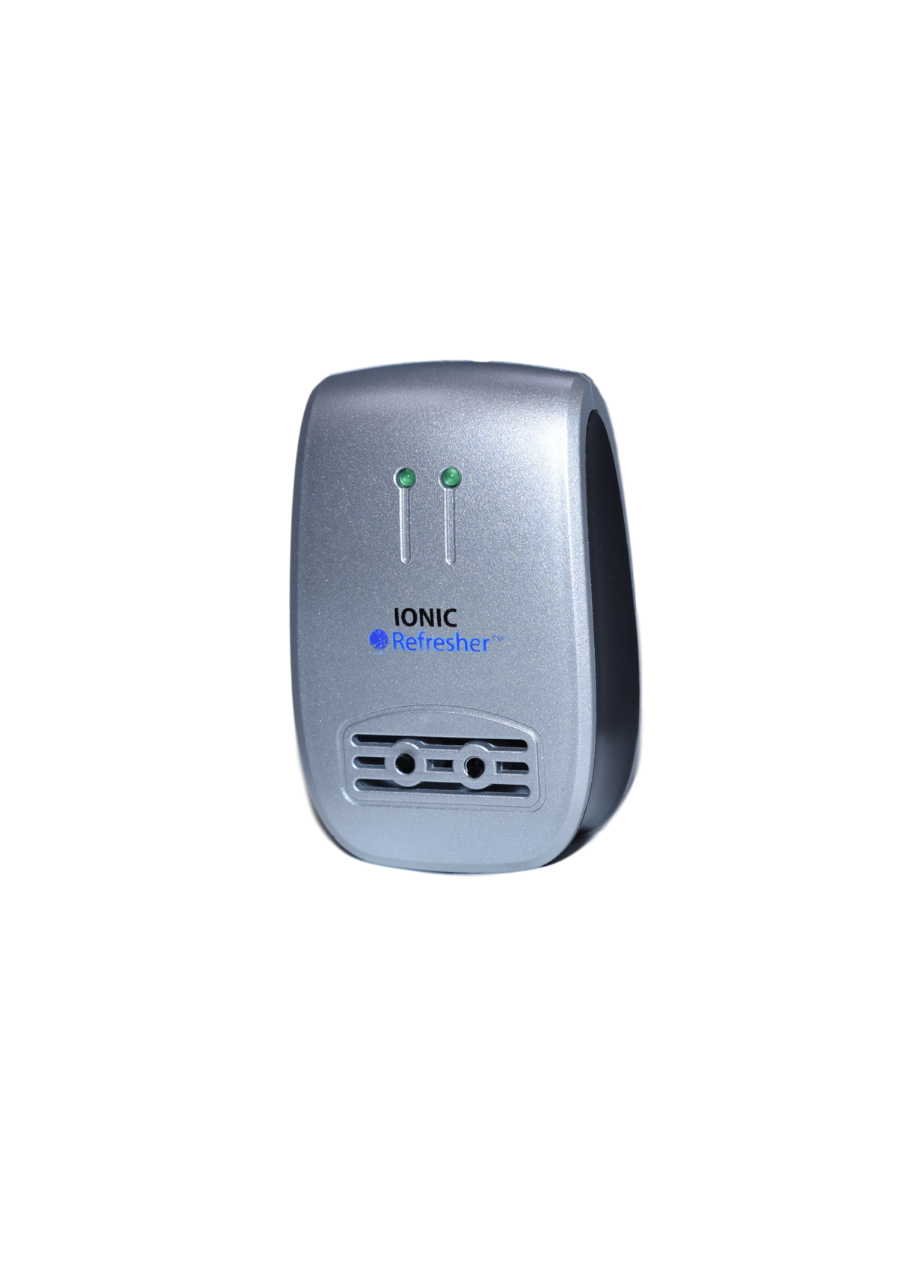 Clear the air of harmful substances with negative ions from a natural air purifier.

Every day, we inhale air that is contaminated with dust, smoke, sand, and more damaging substances. Those who suffer from allergies and/or respiratory illnesses are even further affected from poor air quality. Negative ions offer a solution, and natural air purifiers, such as the Ionic Refresher, reduce odor and contaminants from the air.

Negative ions are negatively charged air molecules with the capability of naturally purifying your breathing zone. This is especially crucial since indoor air can be 2-5 times more contaminated than outdoor air, according to United States Environmental Protection Agency.

The Ionic Refresher generates more than 32,000 negative ions per cubic centimeter to attack harmful substances and purify the air.  It runs silently and continuously, as it sterilizes 90% of the air over 24 hours. We recommend plugging a machine into every room you can.  The design features a carbon fiber tip, which enhances the negative ions' efficiency to boost the sterilizing and antimicrobial power.

This device is also fantastic for helping grow cannabis. In the study of the effects of negative ions on sativa seedlings, the ions were found to significantly impact the growth of the plant. The growth extent correlated to the density of the ions. Learn more.

This device is EMF safe, and is ROHS, CE, and RCC certified. Click here to take a look at the laboratory test results.

Purify your air with fresh anion oxygen and negative ions with the Ionic Refresher!