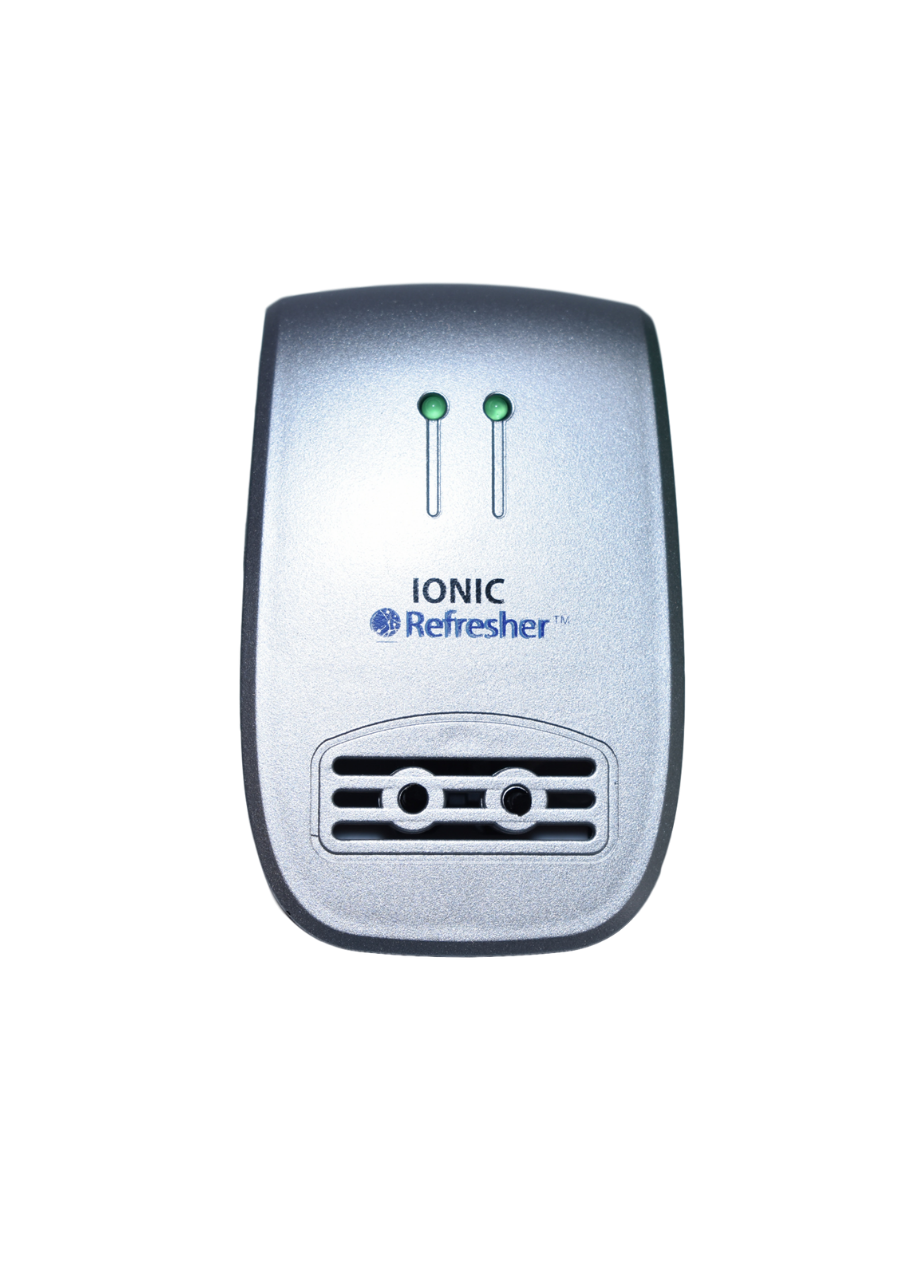 Get clean air with negative ions! Use natural air purifiers to eliminate contaminants.

Clean air is an absolute must for good health. Unfortunately, the air that we breathe in every day is contaminated with dust, sand, smoke, and additional contaminants that hinder its quality. Those who endure allergies and/or respiratory illnesses depend on quality air even more.  The solution is available in the form of negative ions, which powerfully remove harmful substances and unpleasant odors from the air.

Negatively charged air molecules are known as negative ions. They are natural air cleansers that produce a fresh breathing environment, which is so important, since indoor air can be 2-5 times more toxic compared to outdoor air, according to the United States Environmental Protection Agency.

The Ionic Refresher products over 32,000 negative ions per cubic centimeter, all while running silently and continuously. It is able to sterilize 90% of the air in 24 hours. We highly suggest placing one of these devices in every room you can, which is why we offer this 12-pack of Ionic Refreshers. You may even wish to share some of the machines with your friends or family to allow them to also increase the quality of air in their homes.

The machine is designed with a carbon fiber tip that boosts its sterilizing and microbial power.

The Ionic Refresher is also wonderful to use for help with cannabis growth and can really make a difference. A study of the effects of negative ions on sativa seedlings found the plant significantly grew with exposure to the ions.  The extent of the plant's growth is dependent on the ions' density. Learn more.

Boost your air's quality with purifying negative ions from the Ionic Refresher!